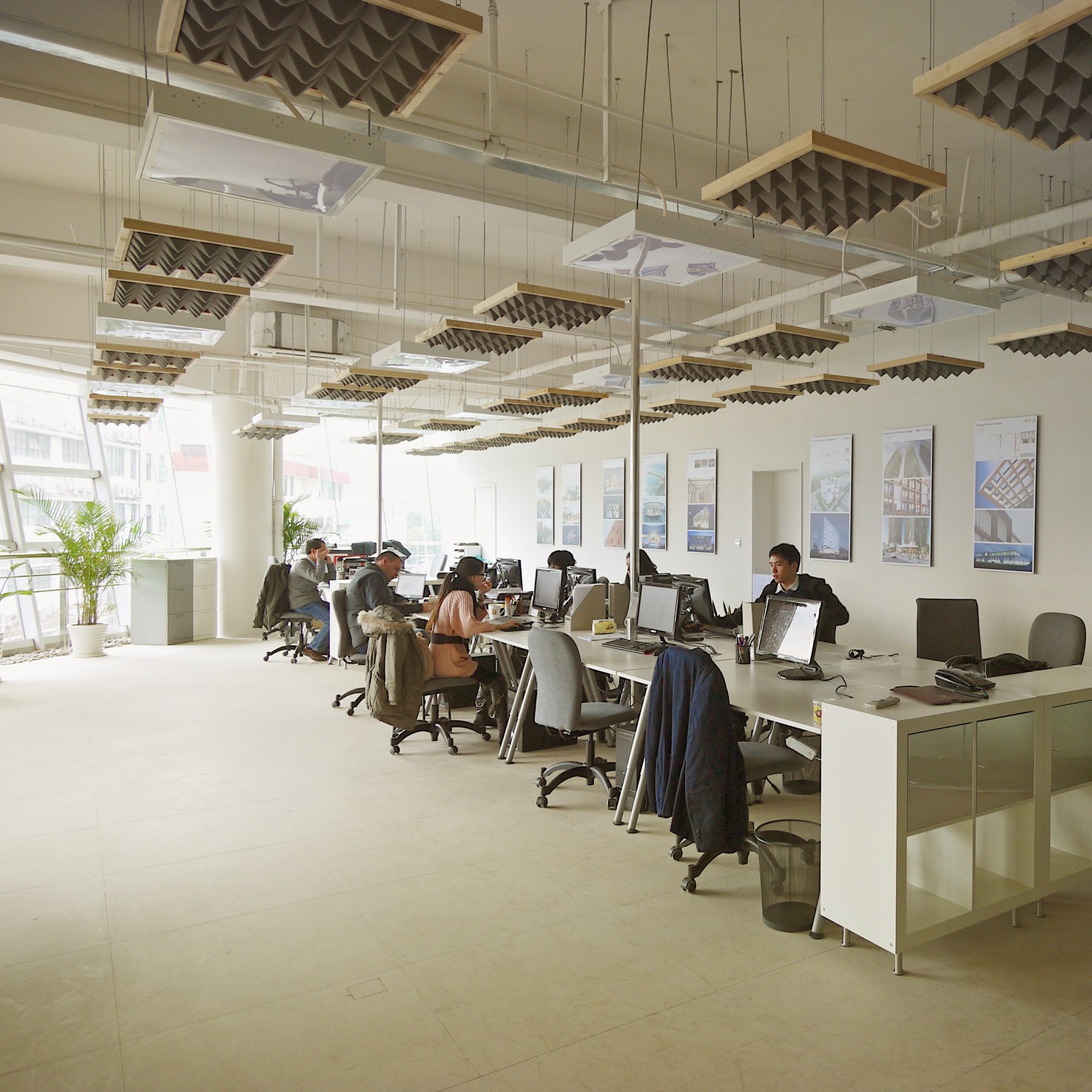 JDS in known for its multinational approach involving at times designers, artists, movie directors, and developers. JDS established office in Shanghai after 6 years development in Asia and is committed to design contemporary, sustainable projects that can address the challenges of rapidly expanding city.

On our last day with students we visited their office in which they moved only about two weeks ago: still rather empty, sunlight fills the space where we had rather cozy and friendly conversation with Markus Diem, a representative of JDS in Shanghai and MUDI network.

Markus moved to China 7 years ago from Germany, where he worked as an architect. He kindly gave us some insights about specifics in working in China, thoughts about challenges and future tendencies in architecture market and findings about cultural differences between Europe and China.

Usually international specialists start working in China only because they represent other country: Chinese offices need a foreign face. It turns out that your first job is just to go to the big boss showing the presentation and continue acting as if it is a German practice. So, basically, everything I did in first 6 month is fly around and shake hands.

My boss did not allowed to me to present in English and i did all the presentations in German, and as my boss spoke German, I was more like a doll: he could translate into whatever he wanted. So you may say critical things but he would never even translate it.

I am German and Germans are usually direct, so I often had problems with dealing with staff here. You need to be more patient here, you cannot just say: "this is not good". You can say: "this is good, but it's better to change this and that". This is all about cultural differences: the staff may be just scared if you are too straight.

There is a tendency that foreign architect is paid usually much more that the Chinese one. And they need you for the "foreign design thing". Chinese architects, they are learnt differently at school – they are not used to work on their own — they always need somebody to stand behind them. Thus, usually I meet with staff twice a day — in other case they will just go in wrong direction. You certainly need managers here who will keep the things running, they do not have good managers here, probably there is something with their educational system.

If you may be consider working here, you should know that there is a very different working culture. This is especially about decision-making which is a part of political system and ideology. Recently, I saw one documentary about India compared with China. They started development at the same time, but the question is why China is here and India is there. The reason is that China is one-party-system and India is not. If you want to build a new road in India, you have to speak with many people and probably, it will be built in the next 20 years. On the opposite side, in China if they built the roads and few people say that they don't want to have roads here, they do not give a damn about that. They just have this get this road done in a very short period of time. So for a lot of architects from all over the world this time factor is very attractive. You do not need to wait here and you have your projects done really fast. But the thing is that people treated here very badly.

The problem for us (JDS) is that we not always can transfer design ideas because usually European approach is too much for Chinese. China has another design habits. 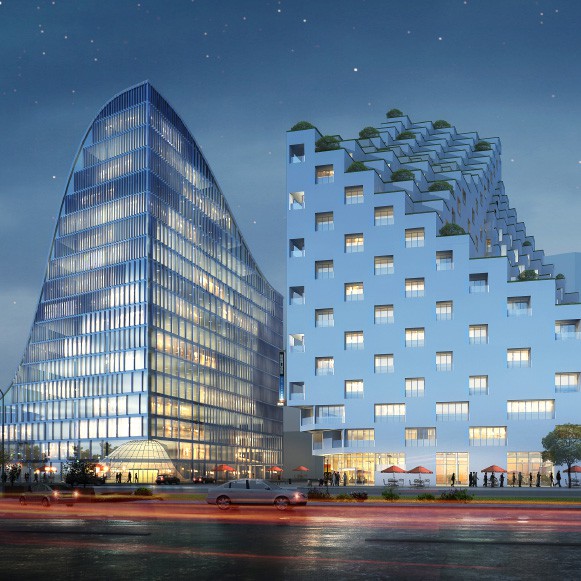 If you want to know about how they run business, for instance, I can give you an example on how they signing contracts: in Germany you may meet at the table: two people here on the one side, two people there on the another, you talk, you shake hands, then you sign it — done. But in China you should have a dinner — this is very important — you make the friends first. You meet three times, you get drunk together and then during regular dinner the big bosses go out to a small table, they talk for five minutes about money, about the schedule, about everything, then they shake hands. All the staff is fixed. This main conversation goes very easily, without pushing things, but you will never get this conversation without this first step of making friends.

I know these people who live in the area where we are now; they walk with their dogs and they have cats at home, I know the people who beg here standing in the street, but in two months they will be all somewhere on the outskirts of Shanghai: government took this land and sold their property for lots of money to the real estate company – blocks and blocks will be here in the near future. Government want to make money and still most of people accept this: they are freezing in places where they live now, and then they may get better places to live in the suburbs.

Chinese will never take any risks. They will organize everything perfectly and then re-check several times. If you will not have everything nice — bye-bye — you are kicked out.

About ten years ago a lot of US architecture companies who had millions on their bank accounts came in China, then smaller companies from Germany got here. At that time It was easy to find a client, actually, the clients were the people who called you saying: "Oh, you are a foreigner, I like your design, just bring us something." 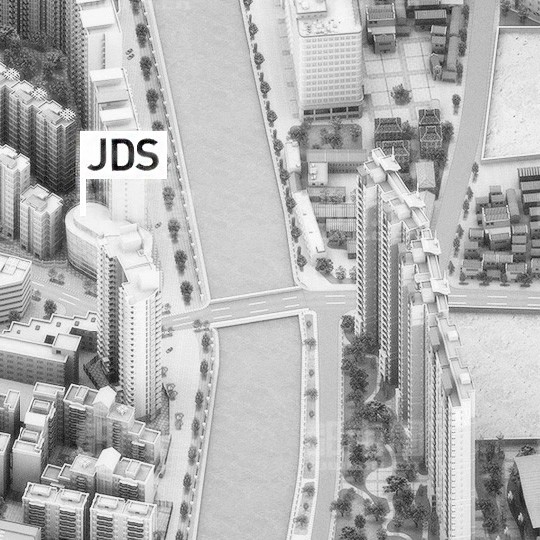 Today Shanghai is done more or less with architecture, it is full. There are still couple of projects, but there are so many foreign architects that we really fight for projects now. And the tendency is that they are all, more and more, moving from first to secondary cities as Shenzhen and Guhan; before the EXPO you could see a lot of cranes here — there is none of them now, but if you go to Guhan, for example (where i am flying tomorrow), you will see a lot of construction (there). In secondary cities there are not so many foreign architects just because you really need to speak Chinese everywhere, and the fees are lower. Here in Shanghai you can get everything you want, urban condition is absolutely comfortable for living.

This guy will build this shit and it will be empty. And he wants to build it in one year. This is so crazy.

One client was asking us what can we offer to attract people in this area, he did not want to realize that probably this is just too far away.

Speaking about competitiveness, what we doing here is building the network. We have MUDI network, where MUDI itself is a legal company in Shanghai and JDS Shanghai is the part of international company. We have a guy who speaks Chinese fluently. This is the blue-eyed blond guy, and he is on the phone all the time speaking Chinese, and when clients coming in the office they are always looking for a Chinese person who was speaking with them.

We are also constantly communicating with our clients, keeping contacts is very important.

JDS itself is very famous. Here sometimes people calling us and offer something because they know about JDS. Another thing is that Chinese are hesitating to work with foreigners because of all the payments in other currency etc. Because we have MUDI as a legal company, it is easier for them to work with us here.

JDS is also famous because we have people from all over the world. and what is interesting that more and more people from "problem countries" (Spain, Portugal, Italy) are coming.

As for me, I still do not speak Chinese because actually I have never thought that I will stay here for 7 years. After one year I said I am leaving the country, and the next year I told the same. actually, I left to Germany for one year but it was so boring to speak German again, so I went back. 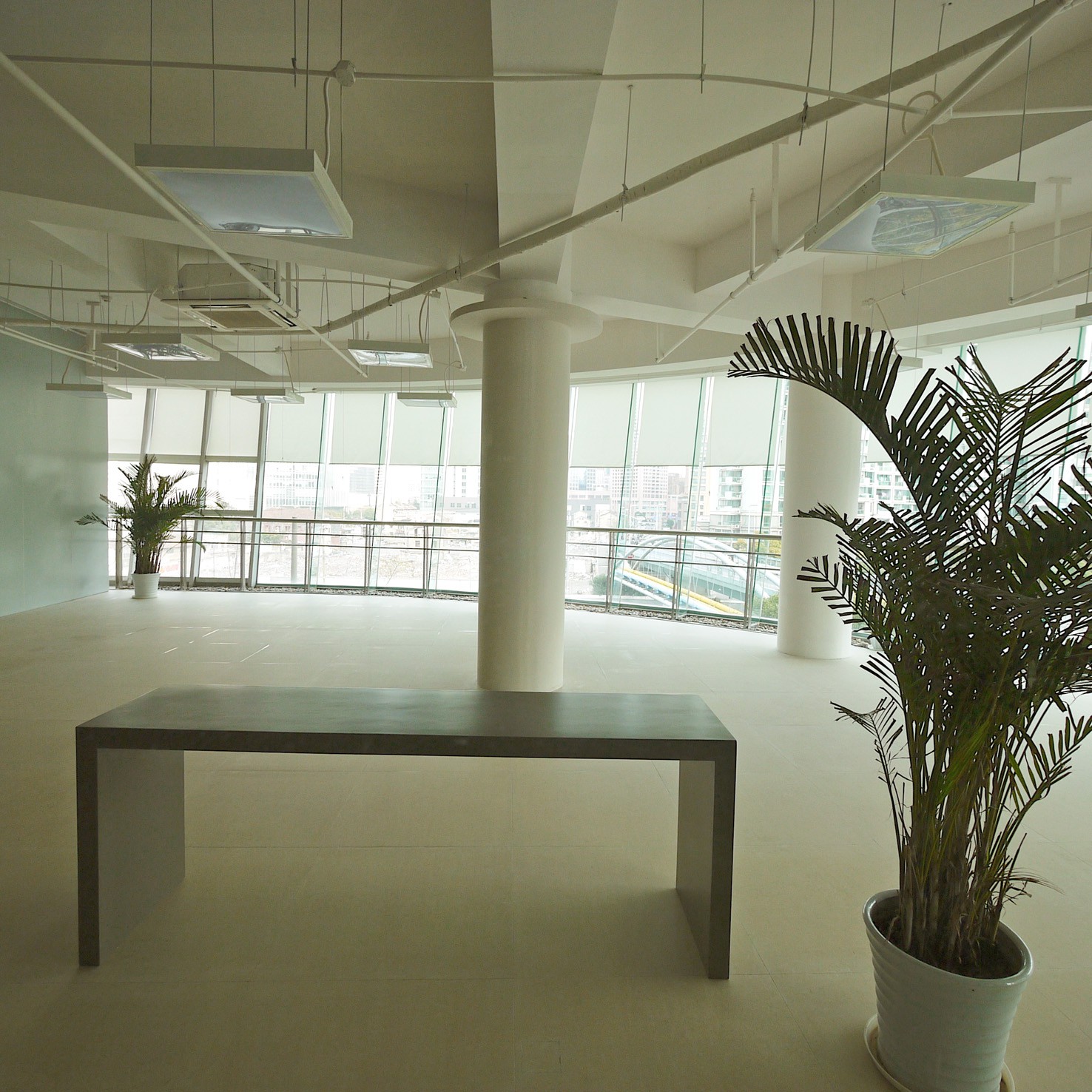 After this meeting, it seems to me, that we looked on Shanghai from a little bit different angle, or, to say, we had an opportunity to peeked into the way of working here in China. Great combination of personal experience and general information on the city gave us a sense of approximating understanding of completely different Asian world.